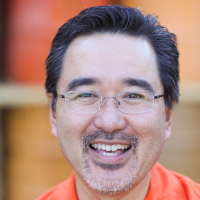 There are 2 batteries in the 2012 Toyota Prius c: 1 big one for the hybrid engine (aka hybrid battery pack) and 1 small normal one for the electrical accessories and starting the engine (aka auxiliary battery).

Found out I had a dead battery last night, so I wound up researching to find the battery needed to replace it. Thought I’d share my research so you can save some time. Essential battery info:

And other specs on the battery can have some variance, like cranking amps, amperage, width, length. Height is very tight in the Prius c, so look for a perfect fit there.

Here’s a series of videos that shows you how to change out the battery in a 2012-2015 Toyota Prius C.

In case you’re curious, I went with the Bosch battery because Pep Boys is closest to home. And, I couldn’t drive to the store for them to install the battery for free, because the car had a dead battery. So I had to remove the old battery, bring that into the store for recycling, and install the new one. Worked up a sweat. This is the second car incident when I’ve had a car with dead battery. What’s bad about it is that there’s no warning for when the battery is going to die, it just dies. Your car just won’t start. And you’re stranded. With all the technology advances today, you’d think someone would have developed a warning alert or something.

On another note, here are articles about the hybrid battery pack:

Our Point of View: Prius Battery Change is No Big Deal (Toyota, 2008)

One thought on “Battery for 2012 Toyota Prius c”